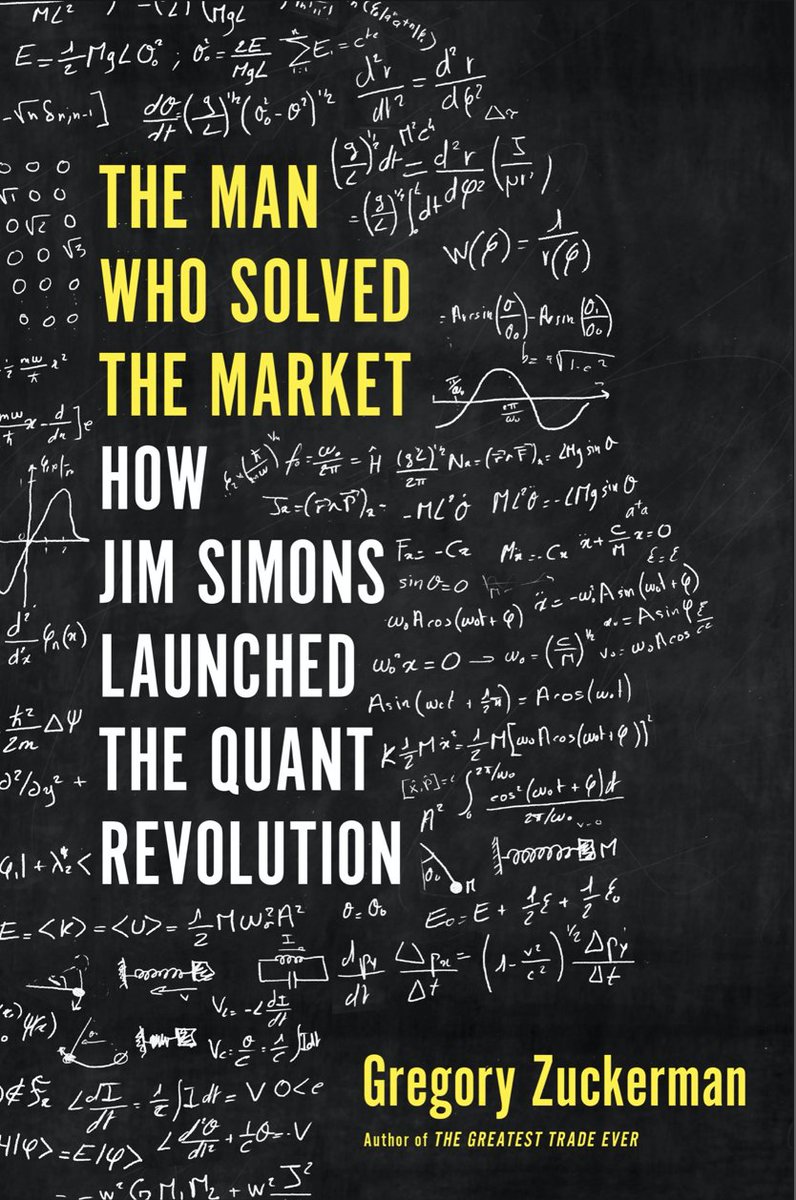 If, like me, you thought you had a vague idea how the market worked then The Man Who Solved the Market is an absolutely eye-opening read.

The Man Who Solved the Market tells the story of the secretive mathematician and business owner Jim Simons and his creation of Renaissance Technologies and the industry leading Medallion Fund.

Elsewhere, statisticians were using similar approaches—called kernel methods—to analyze patterns in data sets. Back on Long Island, Henry Laufer was working on similar machine-learning tactics in his own research and was set to share it with Simons and others. Carmona wasn’t aware of this work. He was simply proposing using sophisticated algorithms to give Ax and Straus the framework to identify patterns in current prices that seemed similar to those in the past.

Like me, you were probably raised on the idea that the stock market was rational and understandable, but it seems reality is a little more complex and a little more abstract. Over the last few decades, the market has become the plaything for complex algorithms that are able to make money through identifying and making use of trends that would be unobservable to a regular person.

You might recognise that name, Mercer. Robert Mercer was a key employee at Rentec and made hundreds of millions from the performance of the employee-only Medallion Fund. Millions that he subsequently used to fund Breitbart News, Cambridge Analytica, Brexit, Trump and more.

With the recent rise of the Flash Boys, it's clear the market is in the grip of machine based trading, where that leaves the casual investor like you and me remains an open question.