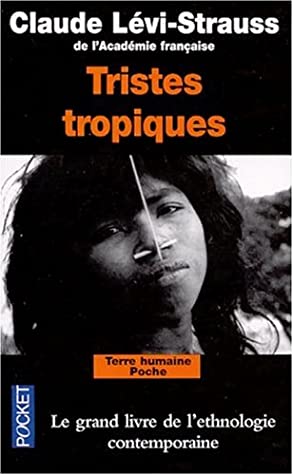 This is the first book I've read in French in a long time and subsequently felt much harder to read than it should have. I'm not one for new year's resolutions but this is something I intend to work on next year. There's no excuse for letting my mother tongue slip.

Claude Lévi-Strauss was a French anthropologist and ethnologist who spent months living with the natives in the jungles of Brazil. Tristes Tropiques eddies and whorls though stories of native life, juxtaposed with tales of life in Europe, India and the Caribbean. It's at turns critical of modern life while comparing it to what we might consider primitive, with sharp critiques of colonialism in India at the hands of the British.

Reading it I'm left questioning whether, culturally, modern society is any improvement on what we consider to be primitive.

A fantastic book to end the year on.