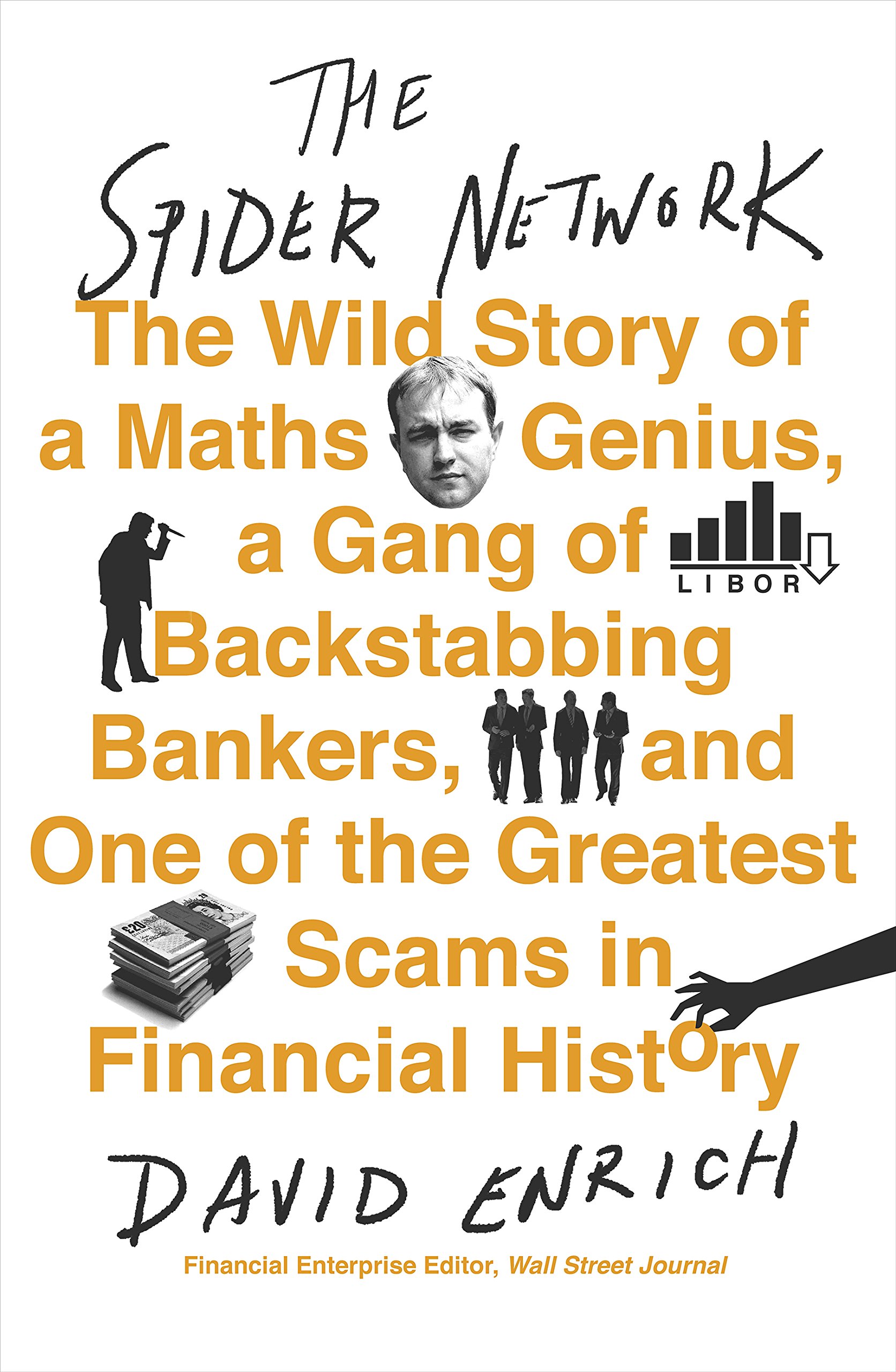 I recall hearing about Libor in the news a decade ago but not really understanding what it was or why it was significant. David Enrich does a fantastic job of making this story accessible to a layman like myself while explaining the complex web of relationships that lay at the heart of the scandal.

This is a story about Tom Hayes and his network of brokers and bankers who helped him rig Libor rates, earning his employer hundreds of millions of pounds in the process.

The Spider network leaves no doubt to the criminality of the network, or the topsy-turvy incentive structure at major banks that led to Tom and many other bankers to rig rates in their favour, at the cost of the everyday public.

This is filled with titbits gleaned from recorded phone calls, emails and instant messages, showing the cut-throat world these trades and brokers engaged in.

These dumb-money clients, or “muppets,” which bought something and then held on to it for months, maybe years, didn’t fit into the industry’s carnivorous culture and weren’t especially good for the trading business. Brokers, face-to-face with one of these sloths, had the distinct pleasure of finding a predator to take the other side of the trade—and Hayes was increasingly hearing the words I’ve got a gift for you. The lucky trader (in this case, him) would be able to do the deal at a favorable price that a more sophisticated institution, such as a fast-moving hedge fund, would never accept.