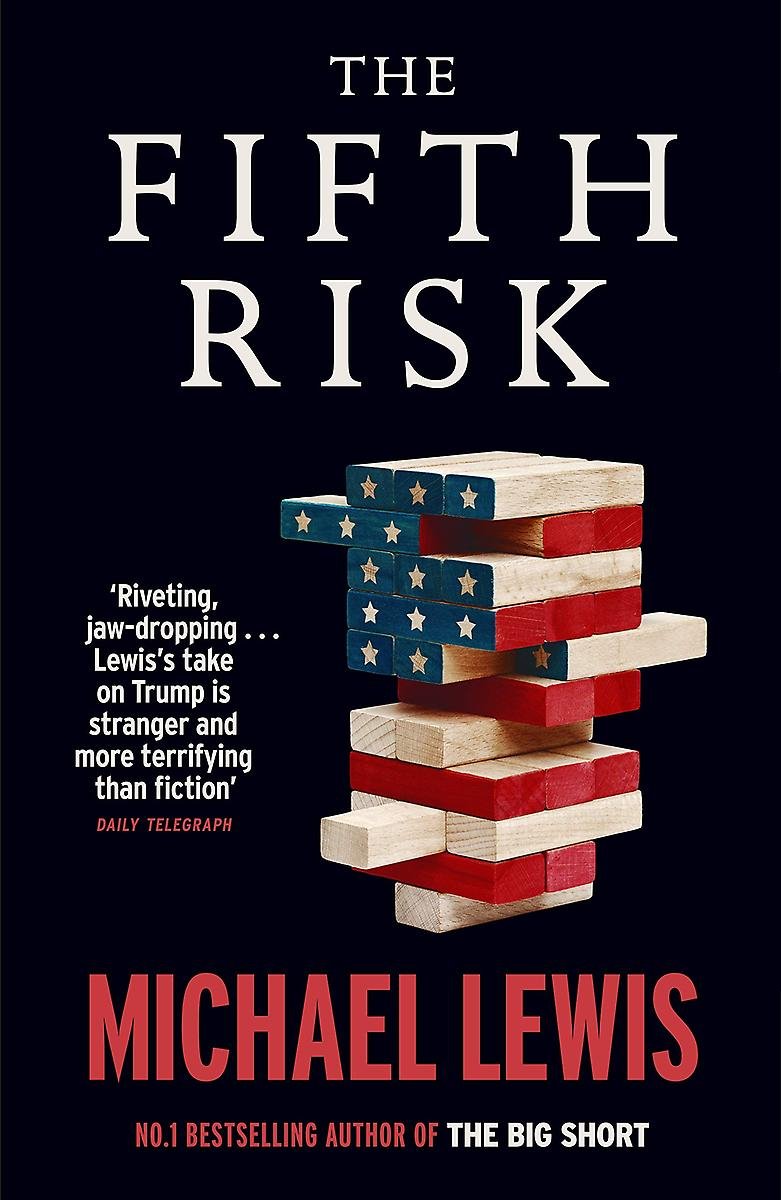 I really enjoyed Michael Lewis' Flash Boys which I read a couple months ago so figured I'd give this one a try.

The Fifth Risk is all about Trump's government, which famously transitioned poorly following Trump's election and subsequent inauguration.

This book tells the stories of former government employees who were on unknown but crucial projects that helped to protect the lives of tens of millions of Americans. From the Coast Guard to the Department of Agriculture.

It also highlights the dangers of the new staffers who came in to replace those departing staff, with numerous conflicts of interest and shortsightedness to the point of willful criminality.

If your ambition is to maximize short-term gain without regard to the long-term cost, you are better off not knowing the cost. If you want to preserve your personal immunity to the hard problems, it’s better never to really understand those problems. There is an upside to ignorance, and a downside to knowledge. Knowledge makes life messier. It makes it a bit more difficult for a person who wishes to shrink the world to a worldview.

Highly recommend this one for anyone trying to understand the importance of the federal government in the US and the thankless but crucial work that government employees do.