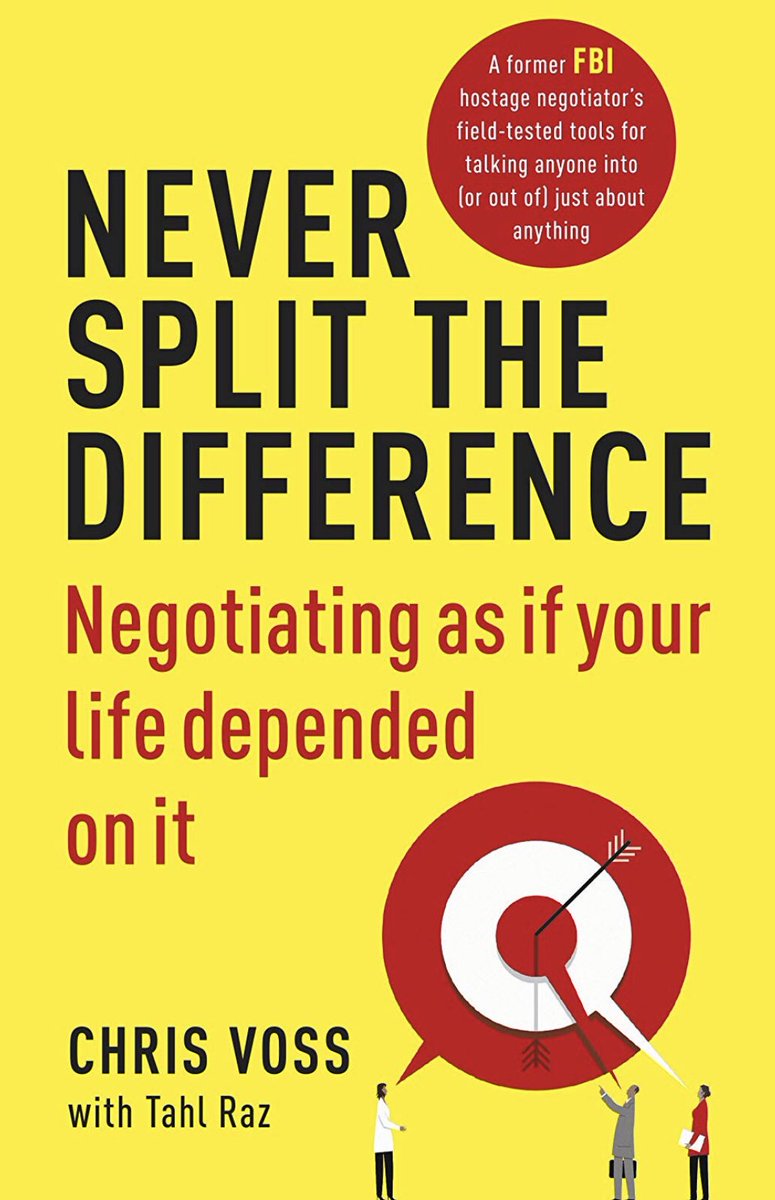 I don't have a ton of experience when it comes to negotiation so I think I came away from this one having learnt a few things.

I particularly appreciated Chris' perspective that negotiation is not about two (or more) people butting heads but about finding common ground in trying to reach a particular objective.

The Rule of Three is simply getting the other guy to agree to the same thing three times in the same conversation. It’s tripling the strength of whatever dynamic you’re trying to drill into at the moment. In doing so, it uncovers problems before they happen. It’s really hard to repeatedly lie or fake conviction.

Maybe Fight Club was onto something.

I'm yet to find a better book on the topic, definitely worth a read if you want to learn to be a better negotiator.

*Read Thinking Fast and Slow if you want to know more about these.