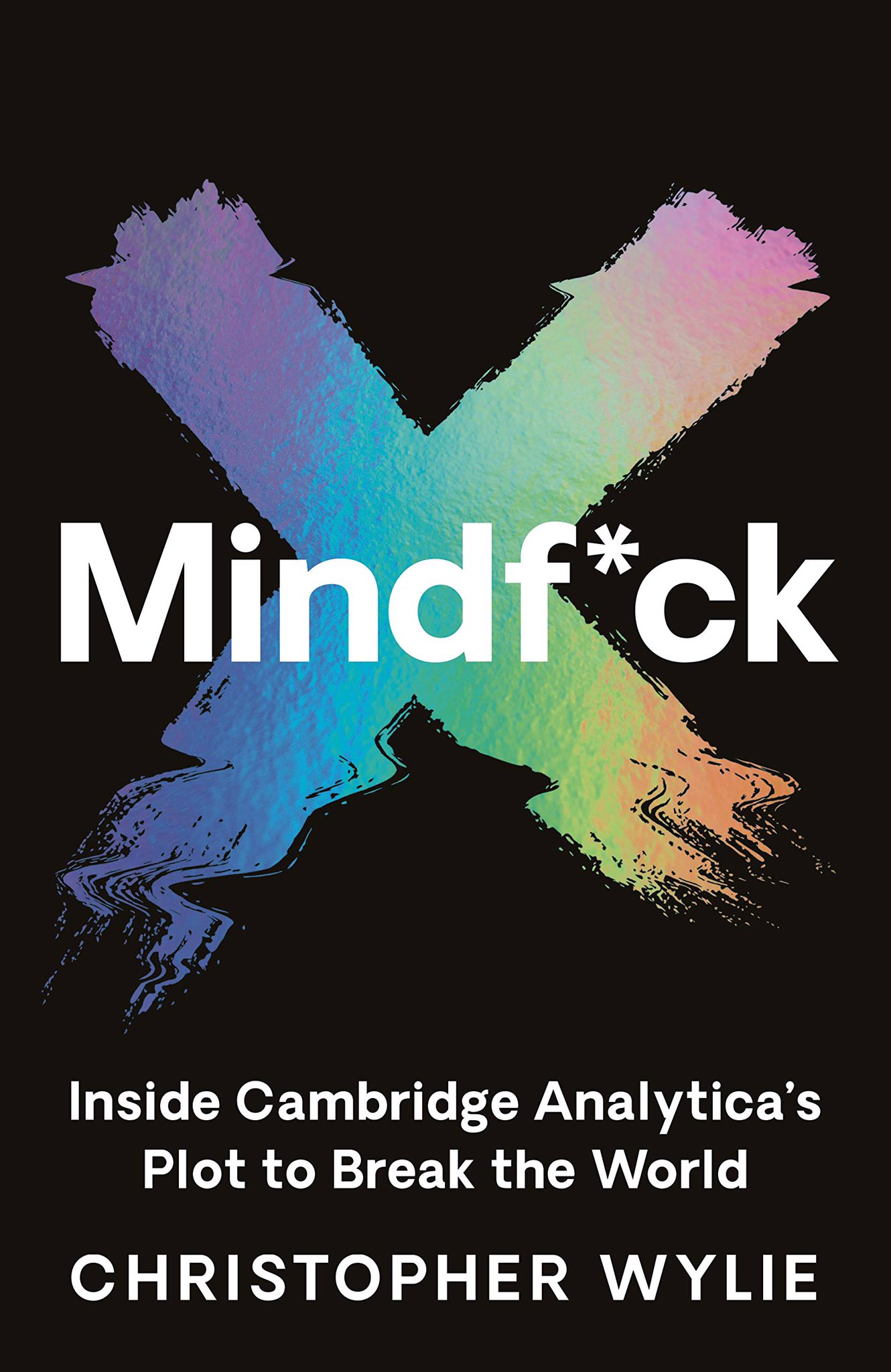 I seem to have picked a good time to finally getting around to reading Chris Wylie's Mindfck*, with the ICO recently completing their investigation into Cambridge Analytica's use of personal data in political campaigning.

Chris Wylie is not a sympathetic protagonist, he's one of the key players complicit in illegally obtaining data on tens of millions of people in the USA through Facebook's leaky API's. At many points in Mindf*ck, Chris talks about how exciting the work he's carrying out was, with no thought given to the huge potential for damage the data can cause and the invasion of privacy carried out in the process by himself and his colleagues.

The following week, Kogan sent SCL tens of thousands of Facebook profiles, and we did some tests to make sure the data was as valuable as we’d hoped. It was even better. It contained complete profiles of tens of thousands of users – name, gender, age, location, status updates, likes, friends – everything. Kogan said his Facebook app could even pull private messages. ‘Okay,’ I told him. ‘Let’s go.’

Mindf*ck acts as an interesting story that helps to link key political players together. The Mercers (mentioned in The Man who Solved the Market) were instrumental in funding Cambridge Analytica's activity in the US and the UK with Steve Bannon soon joining the team and taking control of the project.

Bannon transformed CA into a tool for automated bullying and scaled psychological abuse. The firm started this journey by identifying a series of cognitive biases that it hypothesised would interact with latent racial bias. Over the course of many experiments, we concocted an arsenal of psychological tools that could be deployed systematically via social media, blogs, groups and forums.

Much can be said about Facebook's complete lack of oversight during these events. They knew that Kogan was exfiltrating the data of millions of Facebook users. They knew that people were using their open search tool to scrape the personal information (you could find personal profiles by email address) of hundreds of millions of people. Time and time again, Facebook have had the opportunity to do the right thing. Time and time again they have chosen not to do so.

The story of Cambridge Analytica is by and large one entirely devoid of good guys. Chris Wylie is no exception here, however helpful he been in bringing the story to light.

I don't we've yet reached the end of this story. More details will inevitable emerge. We just need to hope that governments are prepared to take the right action in protecting individual's privacy and ensuring that tech companies cannot exploit human psychology to pervert modern democracy.

Sadly, those who most stand to benefit from reading this book are unlikely to do so. Precisely for the reasons described in this book.