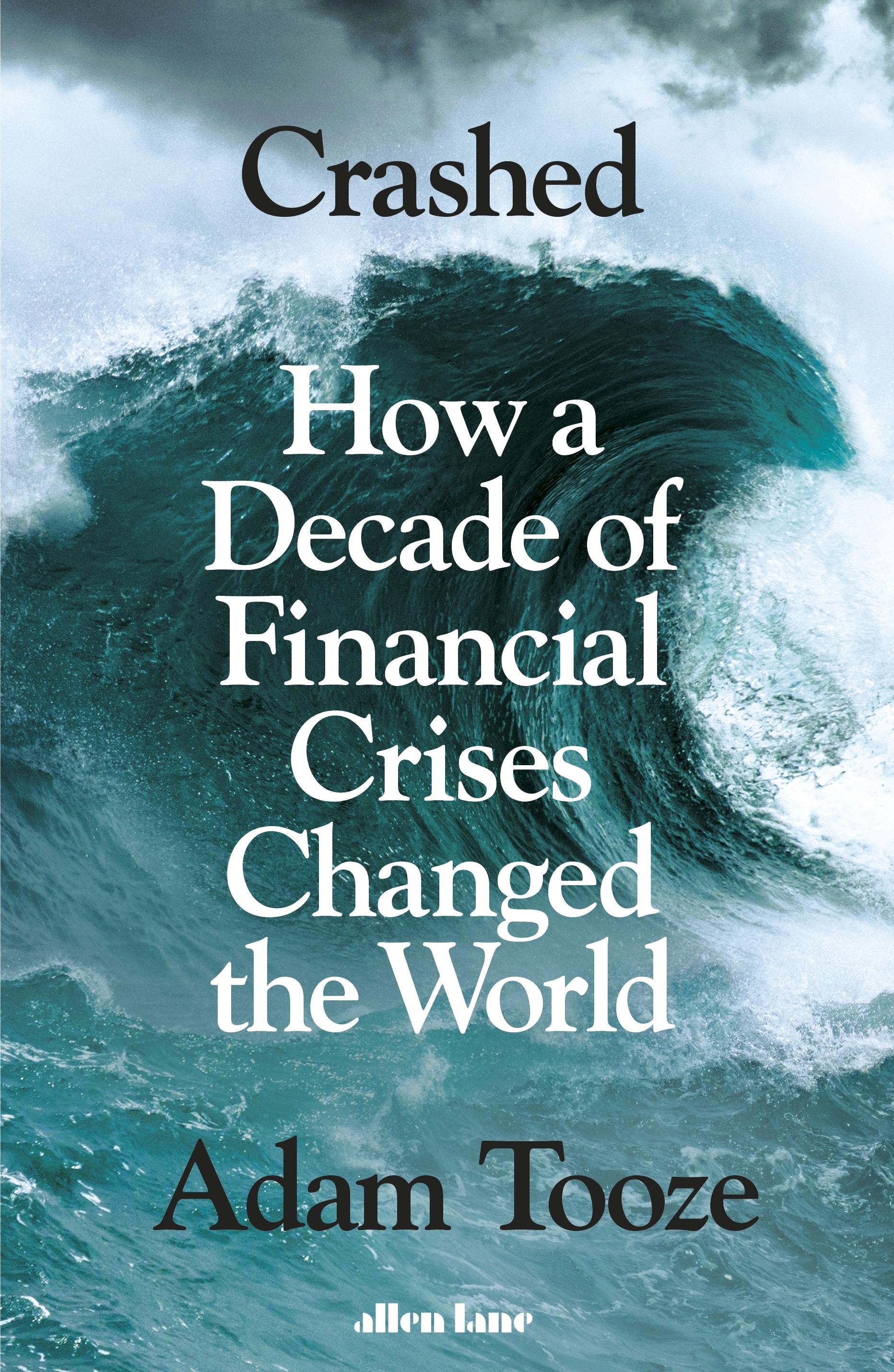 Crashed explains in deep and sometimes excruciating detail the financial crash of 2008, the resultant near-implosion of the Eurozone, the 2013 Ukraine crisis, the Chinese stock market slump of 2015 and how the political decisions of the time came to create the deeply populist world we currently find ourselves in.

The contention of this book is that the speakers at the UN in September 2008 were right. The financial crisis and the economic, political and geopolitical responses to that crisis are essential to understanding the changing face of the world today.

Adam Tooze makes an exceptional effort to explain the economic machinations that led to both the initial financial crisis and the economic and political policies that were deployed to drag countries out of recession. Foremost of these was the highly controversial Quantitative Easing and the opening of swap lines with various central banks. These were used to prop up and provide the liquidity that banks desperately needed to stay afloat.

The ferocity of the financial crisis in 2008 was met with a mobilization of state action without precedent in the history of capitalism. Never before outside wartime had states intervened on such a scale and with such speed. It was a devastating blow to the complacent belief in the great moderation, a shocking overturning of prevailing laissez-faire ideology. To mobilize trillions of dollars on the credit of the taxpayer to save banks from the consequences of their own folly and greed violated maxims of fairness and good government. But given the risk of contagion, how could states not act? Having done so, however, how could they ever go back to the idea that markets were efficient, self-regulating and best left to their own devices? It was a profound challenge to the basic idea that had guided economic government since the 1970s. It was all the more significant for the fact that the challenge came not from the outside. It was not motivated by some radical ideological turn to the Left or the Right.

For reasons explained in the booked, austerity was the political result of all this economic action, which in turn led to the rise of far-left and far-right populism.

A resurgent nationalism, defending sovereignty against the impositions of the crisis, would be one of the most powerful political responses to the crisis. This had both left- and right-wing variants. Both were at their most vocal in Greece, where the diktat of the troika awakened memories of occupation, civil war and dictatorship. On the Left it was commonplace in the demonstrations of 2010 and 2011 to associate Germany’s veto over eurozone economic policy with Nazi imperialism. Meanwhile, Greece’s own fascists paraded openly in the streets. The membership of the Golden Dawn party reveled in torch-lit processions, adorned with runic flags and shielded by heavily muscled storm troopers. Golden Dawners harassed and attacked leftists and non-European immigrants, while laying on soup kitchens, reserved, of course, only for hungry Greeks. In a textbook rerun of the 1930s, a comprehensive social and economic crisis provided the setting for a program of national racial community.

Financial inequality only got worse following the initial crash of '08, with the wealth and power becoming increasingly concentrated in the hands of the few.

As the recession of 2008–2009 receded, what came ever more to the fore was a tendency toward concentration and oligopoly that went far beyond Wall Street. One of the side effects of Bernanke’s QE policy of low interest rates was that it made it hugely attractive for companies to borrow to buy out their competitors. In three giant merger waves, cresting in 2000, 2006 and 2015, with the antitrust authorities looking on, American capitalism remade itself in a more concentrated and monopolistic mode. By 2013 profits were booming to an almost embarrassing extent. Even chronic loss makers, like the airlines, were now making money. But the really big returns were elsewhere. As Peter Orszag, Obama’s former director of management and budget, now at Citigroup, and Jason Furman, serving as chair of the Council of Economic Advisers, reported in a research paper, two thirds of the nonfinancial firms that had managed to achieve a return on invested capital of 45 percent or more between 2010 and 2014 “were in either the health care or information technology sectors.” What allowed such gigantic profits and enormous salaries to be concentrated in these sectors were market power, IP protection and government-licensed pricing.

Having read this, I'm left with more questions than answers.

The COVID crisis has led to huge capital injections the world over, creating huge accumulations of wealth for the mega-rich while the poor simply get furloughed or lose their jobs entirely. Reading this book I'm left with the distinct impression that the ship has sailed on Western power, and certainly with Brexit coming in under a month, for British power.

For many of the most fast-paced global transactions, it was London, not Wall Street, that was the location of choice. By 2007, 35 percent of the global turnover in foreign exchange, running at a staggering $1 trillion per day, was conducted between computer systems in the City of London. European banks were the biggest players in the business.

I'm not optimistic about the future of an independent Britain.