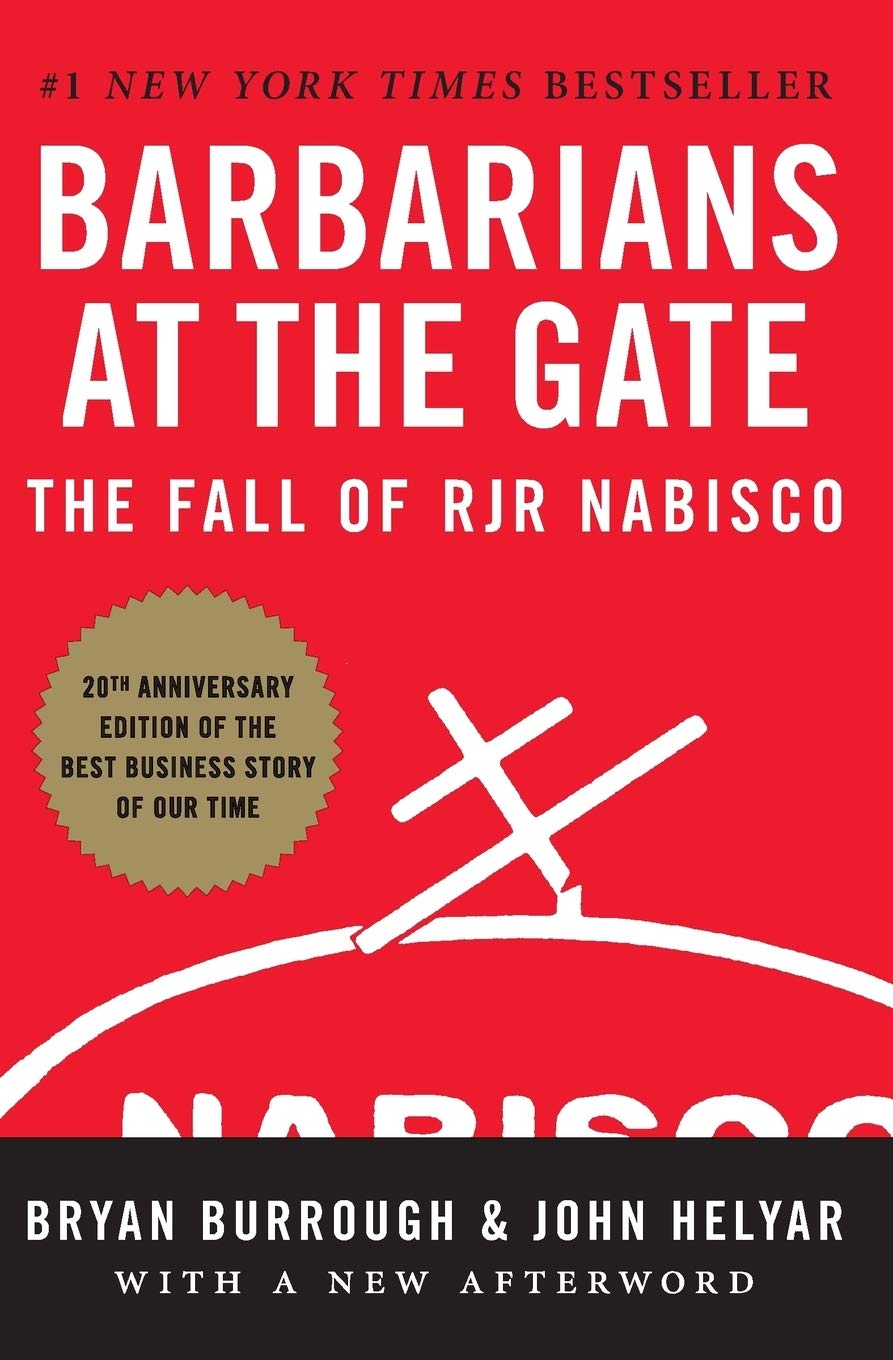 Barbarians at the Gate is the story of RJR Nabisco, the American conglomerate that sold everything from Oreos to Camel cigarettes.

In particular, the series of events that led to the management team seeking to sell the company via a leveraged buyout, taking the company from being a publicly owned entity to private ownership.

Everyone in the room knew about leveraged buyouts, often called LBOs. In an LBO, a small group of senior executives, usually working with a Wall Street partner, proposes to buy its company from public shareholders, using massive amounts of borrowed money. Critics of this procedure called it stealing the company from its owners and fretted that the growing mountain of corporate debt was hindering America’s ability to compete abroad. Everyone knew LBOs meant deep cuts in research and every other imaginable budget, all sacrificed to pay off debt.

What follows is the spectacular drama that followed RJR Nabisco's management teams attempts to follow through with this LBO, led by Ross Johnson, the CEO and backed by the team at Shearson Lehman Hutton.

At the time, the deal Ross Johnson tried to broker for himself and top management staff at RJR Nabisco was seen to be the height of greed and excess, a grand sum of $52.5 million ($113.8 million adjusted for inflation). A paltry sum compared to the $55bn payout pay deal Elon Musk was approved to receive two years ago.

The story of RJR Nabisco is the story of 80's Wall Street excess and highlights everything wrong in a world where a business can saddle a newly purchased company with crushing amounts of debt. Tactics still being used to this day leading to the bankruptcy of the much loved Toys "R" Us, to name but one recent victim.

This is a must-read.